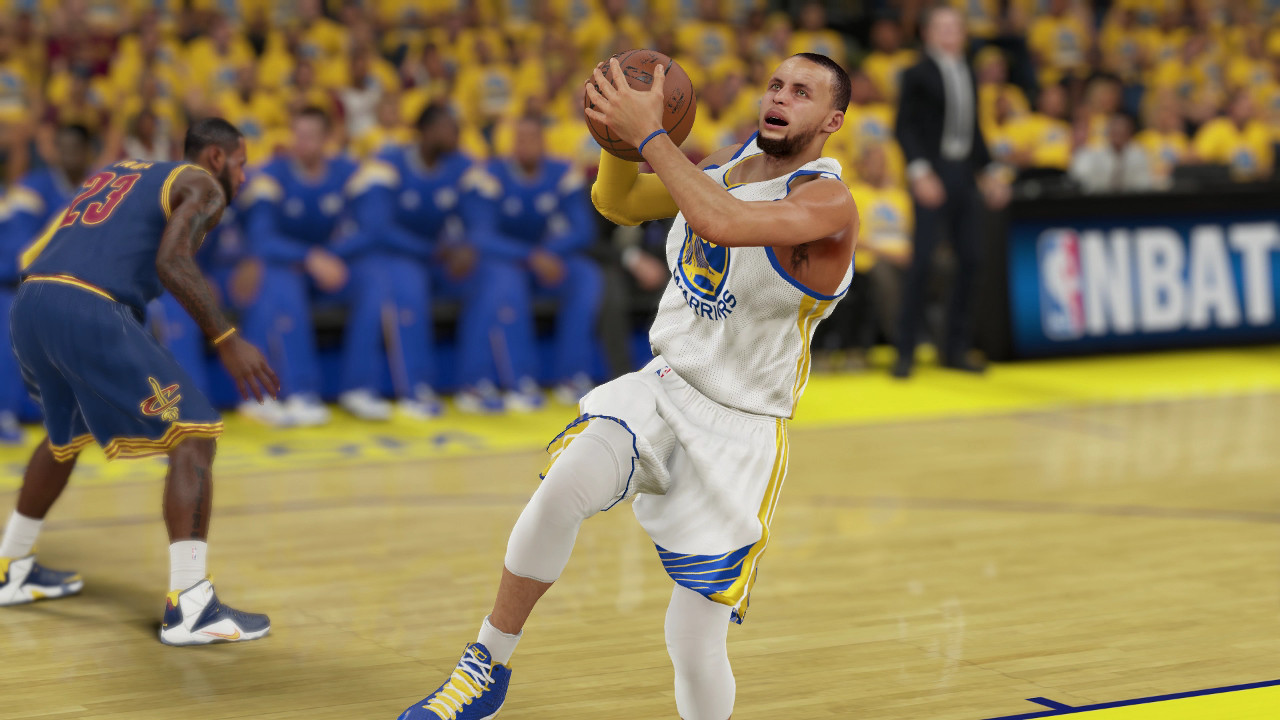 Reality versus Simulation and the 2015 NBA Finals

A few weeks ago, Hit The Pass ran an exhaustive simulation of the 2015 NBA Finals pitting the Golden State Warriors against the Cleveland Cavaliers the day before the actual series began. Truth be told, our man Bryan Wiedey hasn’t completely recovered from the process yet, and still dreams in the form of constantly looping GIFs to this day.

Steph Curry, Klay Thompson, and the rest of the Golden State Warriors wound up winning the 2015 NBA title in fine fashion. In fact, it was remarkably similar to the way that Hit The Pass called it on the site’s launch day. But exactly how similar? Who “won” the battle of reality versus simulation? 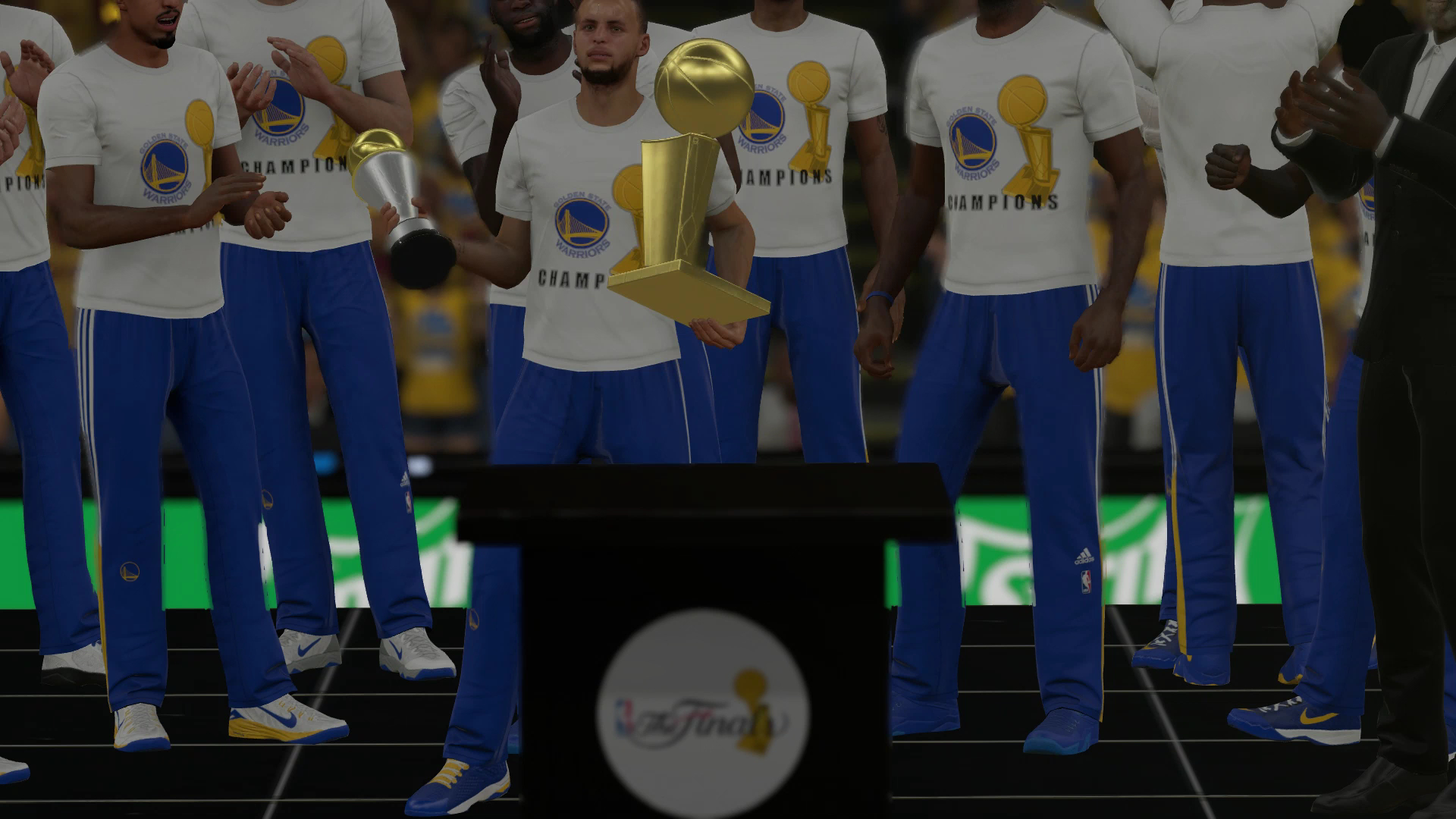 For starters, our prediction nailed the most important outcome – Golden State being victorious. Sure, the real-world Dubs took just six games while the virtual ones needed the full seven, but victory is still victory. What’s more, it took an insane, otheworldly LeBron James to deliver a Game 6 win to the cyber-Cavaliers; otherwise, we would’ve nailed it exactly.

Curry won the MVP along with his ring in the NBA 2K15 sim, compared to Andre Iguodola capturing the trophy in real life. We’re confident that there is almost no way the game could have predicted, much less simulated, a situation where that would have happened.

Once you peer below the surface, several interesting trends emerge in both the real and virtual series.

What’s starkly different about NBA 2K15 versus the real world, however, is the fact that big men didn’t matter in how the actual series shook out. Andrew Bogut and Timofey Mozgov played significant minutes in the video game simulation, providing low-post offensive and defensive support. Both players saw much more of the bench in the real world, however, as the CPU-controlled coaches did not make the strategic “small ball” lineup decisions that their human counterparts did. That’s one aspect video games have yet to approach incorporating – dynamic decision making capabilities from coaches.

Most telling, of course, was the tale of Kyrie Irving. He was a non-factor in the real NBA Finals after Game 1 as he was sidelined due to a fractured kneecap; in the cyber Finals, Kyrie was a major contributor and played a big role in extending the series to seven games. Cavs fans can only dream of the influence he would have truly had.

Then there are the truly granular items.

Draymond Green struggled for much of the series in the sim, which foretold his real world struggles with the Warriors in Games 1, 2, and 3. However, he ended up with a decent 13 points and 8 rebounds per game for the series (compared to just 5 points, 12 rebounds in the sim).

Shooting percentages were sky high in NBA 2K15 compared to the real world. Many players shot over 50%. That includes LeBron, who was under 40% in the real series. This is perhaps the most glaring deficiency in the simulation; either cyber players don’t play defense or they’re stupidly good shooting the basketball. Whatever the reason, it cost Hit The Pass the win in this category.

The best part of the simulation, naturally, was the ability to see game by game who starred and who stunk up the joint. It also allowed for analyzing situational play. Who stepped up when it mattered the most? And how did that compare to the actual events of the Finals? 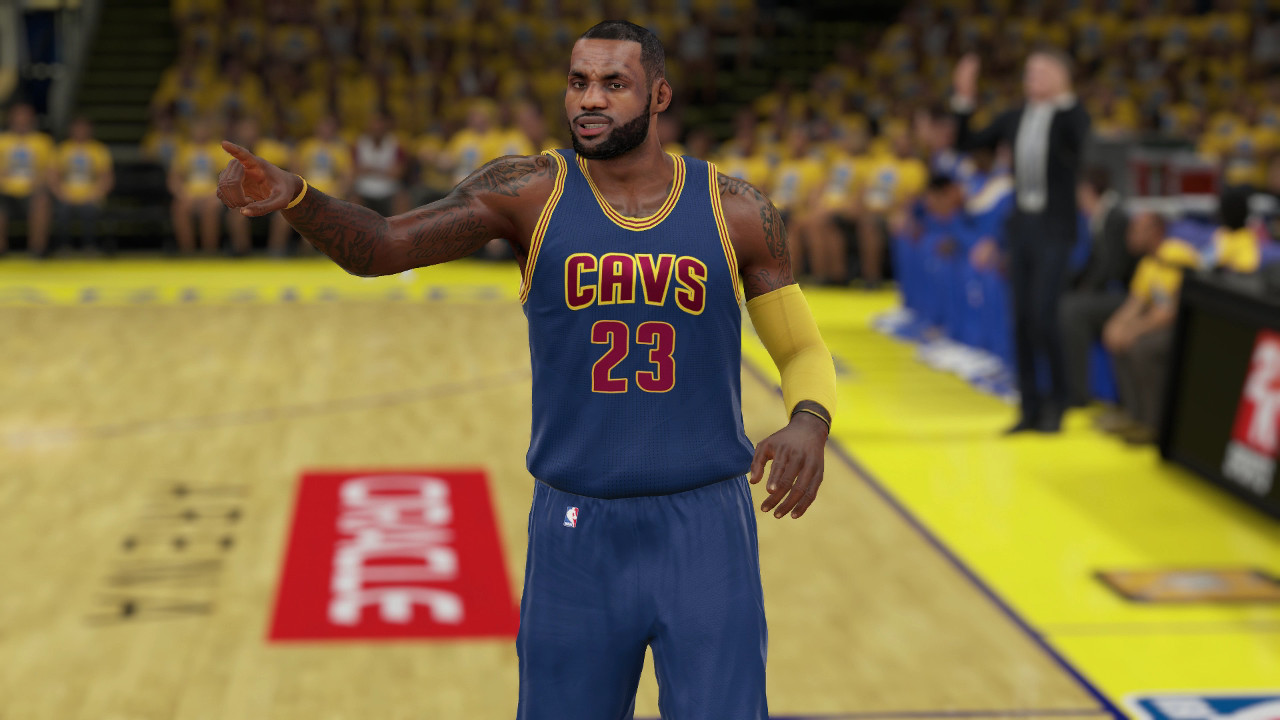 The simulation was best known for how it pretty much nailed the end of the game in reality – with one glaring exception. In both the sim and reality, LeBron James had the ball in his hands with the game tied and the clock running down. In our sim, James was fouled when he took the ball aggressively to the hoop and wound up hitting a free throw to win the game. In reality, James missed a long jumper and the game went into overtime.

It’s also worth noting that Kyrie Irving suffered his injury and left the game in reality (despite eerily similar numbers in both events). This is where the two series veer apart from each other.

In one of the more remarkable games of his career, LeBron singlehandedly willed the Cavaliers to a road victory with very little help. Kyrie Irving was long gone, and the combination of Tristan Thompson and Timofey Mozgov rebounded like maniacs – then immediately handed the ball back to James.

At this point, we were starting to feel extremely proud of ourselves, as both Hit The Pass and reality had the Cavaliers up 2-1 in unlikely fashion. Curry’s numbers were virtually identical, and LeBron was looking very much like his real-self in the sim as well.

Our run of good prediction luck continued, as both real and simulated series now stood at 2 games apiece. The biggest difference to be noted here, however, is Klay Thompson’s complete fade; while he played well early in the real Finals – and played very well all the way through the sim – his numbers dropped off dramatically as the actual series went on. A strange phenomenon that still hasn’t quite been explained.

By now, it had gotten utterly ridiculous how good our simulation prediction was. By the end of Game 5, we were convinced that the series would go to seven games (as predicted) and LeBron would will the Cavaliers there. While the margin of victory was larger in reality than the sim – and the real-world Cavaliers had already run out of gas – who were we to go against the grain knowing what we did then?

All good things must come to an end, even when it’s our up-til-now extremely accurate portrayal of the Finals. The nuttiest thing about this game, however, is how in our simulation LeBron James simply took over the game in the fourth quarter, scoring 19 points in the final five minutes to prevent Golden State from winning the series. Entering the fourth quarter of the actual game he would have needed to do the same. Unfortunately, he didn’t have it in him in real life, and Cleveland reached the end of the line.

We end where we started – Hit The Pass getting the winning team right, nailing several key factors of the series, and generally being eerily good at predicting what would happen in the real world. No matter what, though, one thing is for sure: Reality always wins.

The Winner – and still champion: Reality