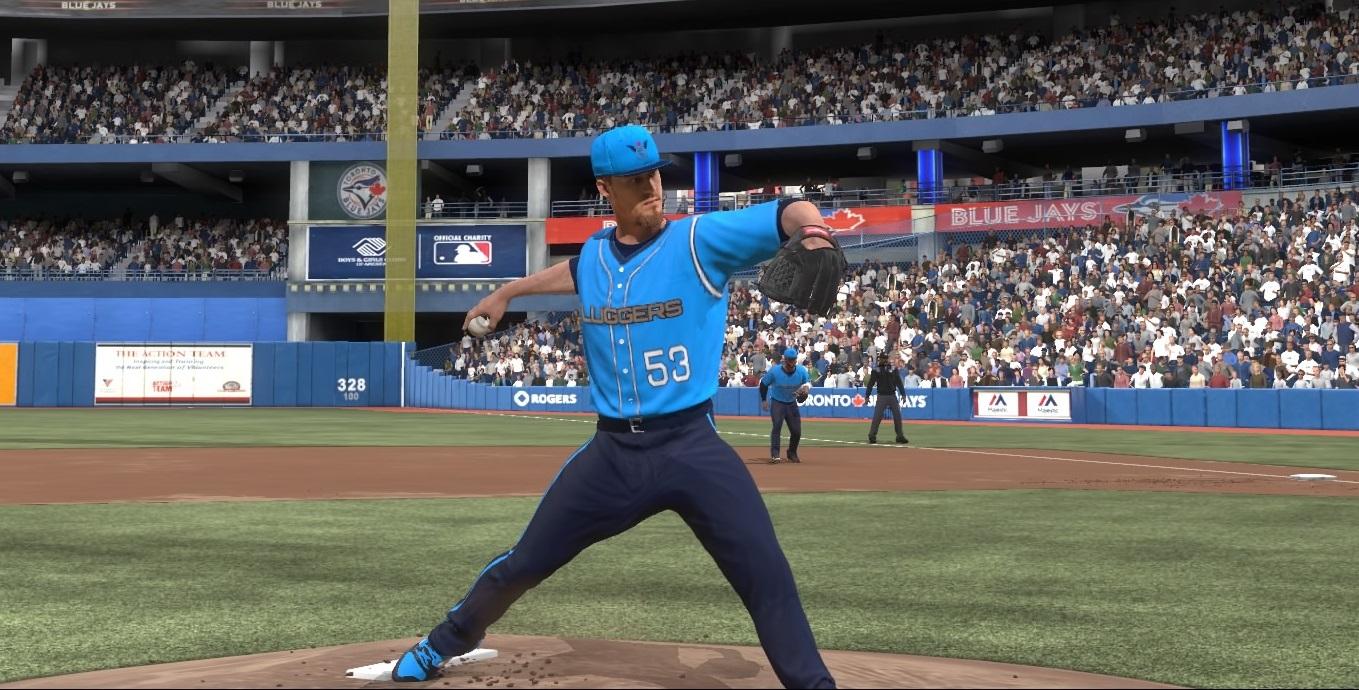 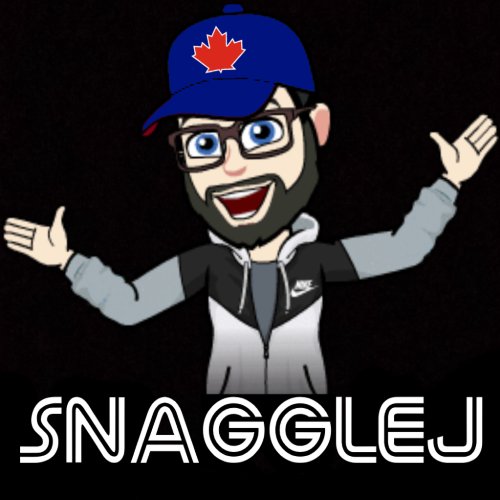 When a season starts anew you never know who’s going to rise to an All-Star level. Sure there are the usual suspects: Trout, Kershaw, Donaldson, Cabrera; there are also the unsung guys who come from out of nowhere to have career years. The same rings true in Diamond Dynasty. While teams may eventually be loaded full of Diamond and Gold players it’s those Silver and Bronze players that help get you through the early part of the season and eventually force some tough decisions when you finally nab those higher rated ones.

Today, in my Hit The Pass debut article, I’m going to take a look at some of my better performing Silver or below players from the first few weeks of MLB The Show 17’s Diamond Dynasty.  You can also check out Pastapadre’s early season heroes here.

I pulled Springer in the very first pre-order pack I opened and he has been commanding an outfield spot on my roster ever since. Usually available for between 800 to 1000 stubs, Springer has performed excellently for me so far no matter where I put him in the lineup. Lately he has been occupying the 5-hole between Ryan Braun and Ken Griffey Jr., but it seems like no matter where I slot George in he makes some kind of impact on the game. While on the surface his attributes point to him being more of a ‘lefty masher,’ I’ve been having plenty of success with him against righties. His 41 vision leaves a little bit to be desired but his 77 speed is just enough to wreak the occasional bout of havoc on the base paths. 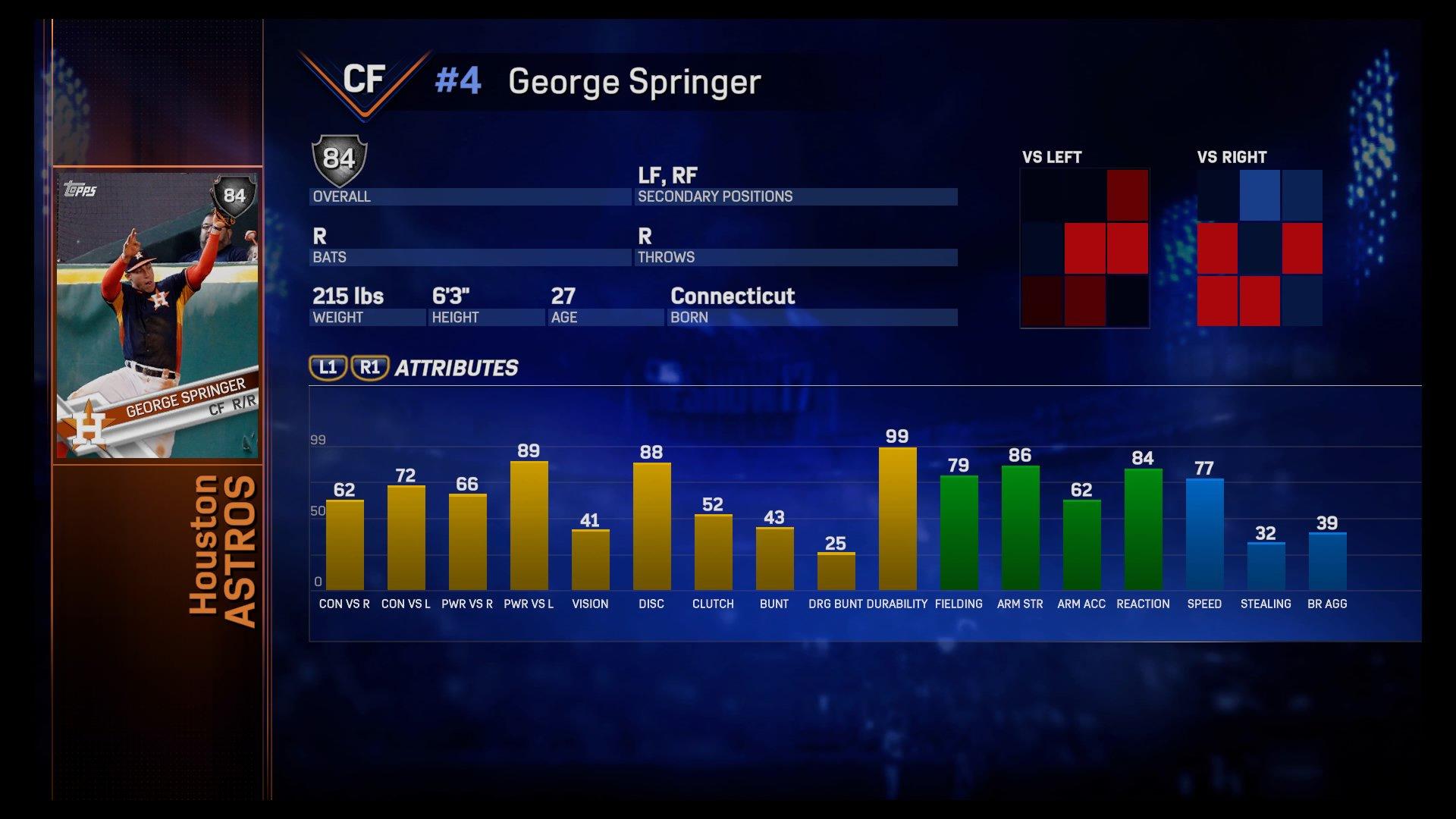 So far Springer has excelled in his 68 at-bats to the tune of a .365 BA and a .997 OPS with 8 2B, 4 HR and 14 RBI.  He has also tossed in 2 SB’s all while playing above-average defensively. Opposing pitchers seem to take for granted that I have higher rated hitters in the line-up and give Springer plenty of pitches to hit. He hasn’t been missing them

Alex Bregman has been a popular stash card for people looking to make money on the market later in the season, but I have been using him off and on as my 3rd baseman of choice.  Also qualifying at 1B, SS and LF, Bregman is an excellent utility choice and is hitting .333 on the season with 3 HR and a team-leading 19 RBI.

Hardware Chris Coughlan has been a dynamic, top-of-the-order threat as well.  With 90 and 83 contact versus righties and lefties respectively, to go along with 82 vision, Coughlan has a tendency to always put the ball in play.  He has turned those attributes into a team-leading 36 hits and a .404 batting average.

A very popular silver stud in the community, Richards has been lights out for me in his eight starts so far this season. Boasting an upper 90’s fastball, a very sharp breaking slider, a solid 2-seamer and average change-up and curveball, Richards has a variety of ways to get hitters out, and has been doing so very impressively for me. It’s not just the velocity on the fastball either; a 93 break rating ensures that everything coming out of his hand moves to some degree. 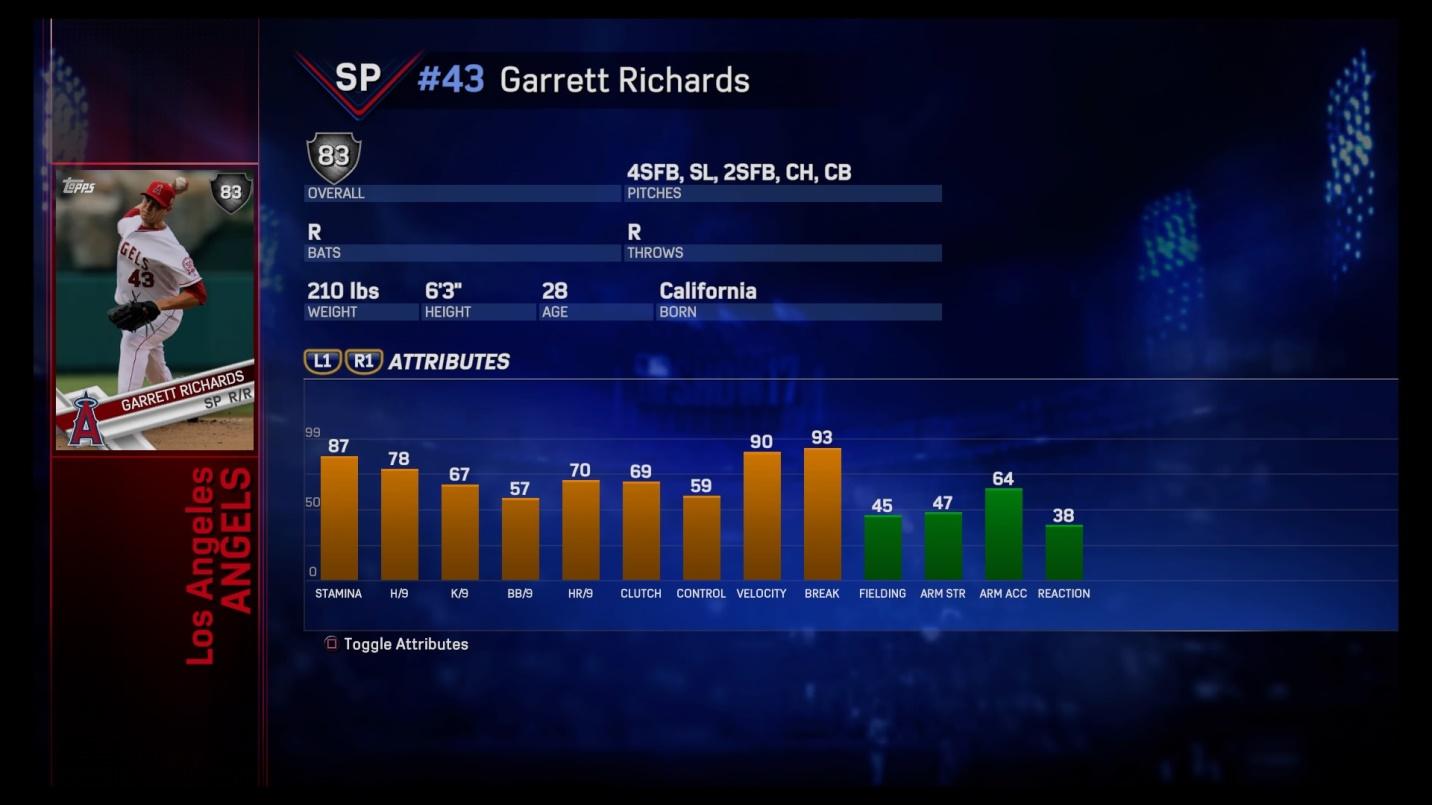 Richards currently has a 6-1 record with a 3.27 ERA and possesses a phenomenal 12.6 K/9.  Despite my acquisition of several Gold starting pitchers I just can’t quit Richards because he has just been too good. He does have a habit of losing his control later into starts, but those 6 or so innings I get out of him are typically top notch.

Despite only being a 78 overall Bronze card, the Orioles Kevin Gausman plays well above and beyond that rating for me. In seven starts so far Gausman is 5-2 with a 2.55 ERA and a very impressive 44 K’s in 38 innings pitched.  He has a very nice fastball, splitter, slider mix with both good velocity and good movement.

Potentially my MVP of 2017 so far, Ken Giles has been nothing short of spectacular.  The 84 overall reliever, who sits around 87 most days with a favorable Inside Edge boost, may only have 4-seamer, 2-seamer and slider as a pitch mix but the velocity and break he possesses (90 and 87 respectively) makes all three of those pitches deadly.  The ability to touch triple digits with movement and then drop a sharp breaking slider down and away keeps hitters guessing. His 2-seamer can touch 95 mph and breaks almost as much as a sinker.  Kenny G’s pitches give him the ability to get out of a tough jam either via strikeout or by inducing a double play. 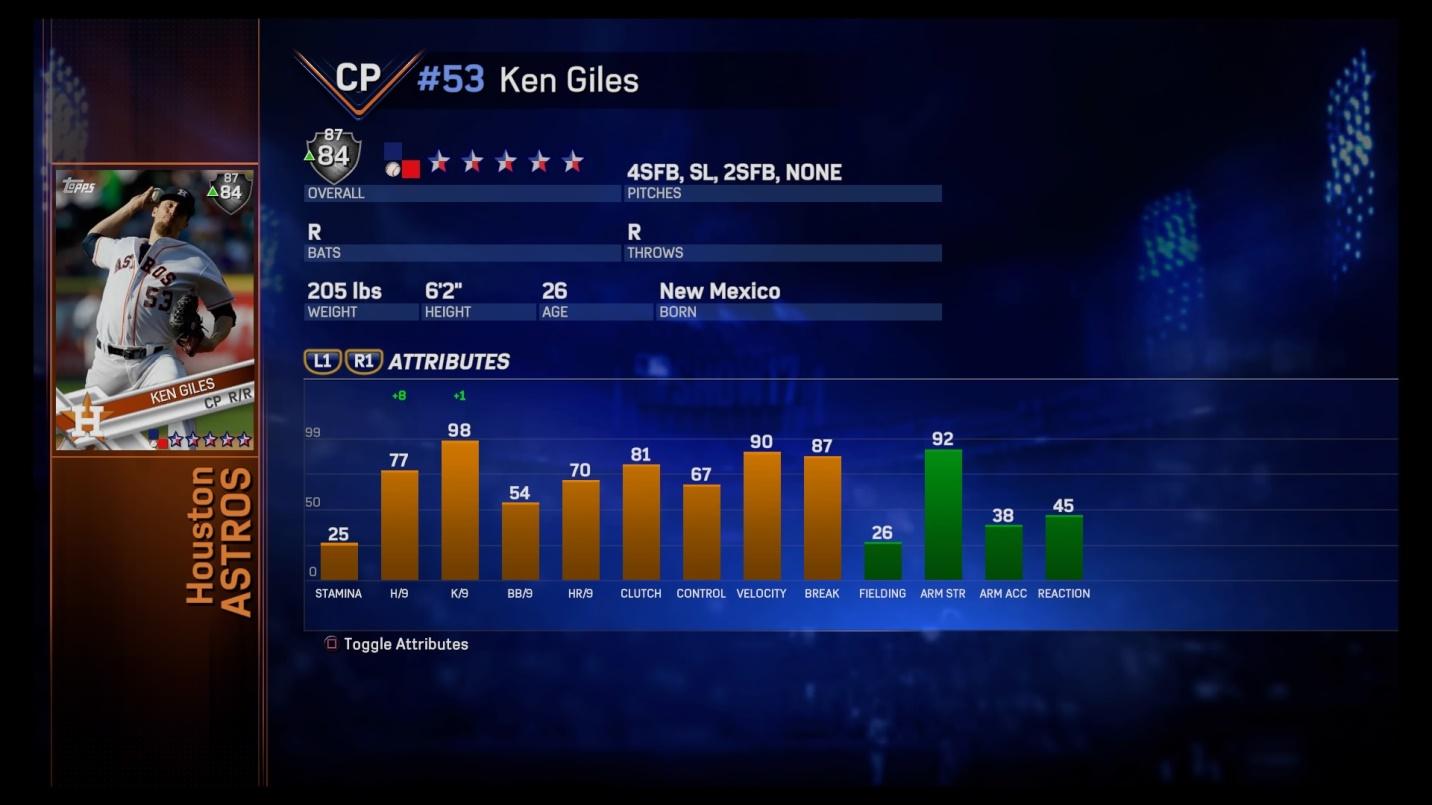 Watson is my main lefty out of the bullpen. He has not surrendered a run in 14 innings so far this season and has induced 4 double plays with his excellent sinker. An unconventional delivery is often something opposing hitters will need to adjust to as well.